Fort Lauderdale Illustrated, one of the area’s leading lifestyle publications, recently released its annual list of the “Top Lawyers in Broward County.” Each of the featured “Top Lawyers” was chosen from peer reviews submitted by colleagues within several practice areas. Fewer than 500 lawyers from among 40 legal specialties were recognized. The attorneys of Rosen & Ohr, P.A. are honored to be included in this assembly of elite legal professionals.

To make its selections, Fort Lauderdale Illustrated partnered with Professional Research Services, a third-party firm that conducts peer-review surveys of professionals throughout the United States. In the surveys, researchers asked licensed attorneys in Broward County who they would recommend to local clients, aside from themselves. Respondents were allowed to submit the names of up to three peers within each practice area.

After compiling a list of nominees, analysts evaluated each candidate based on their survey results, the status of their legal licenses, and their membership with the Florida Bar. Qualified lawyers who garnered the most votes from local peers were then recognized as the magazine’s “Top Lawyers of 2020.” The entire list of “Top Lawyers” may be viewed in Fort Lauderdale Illustrated’s recent issue here.

Along with just five other attorneys, Ronald Rosen and Jerrad Ohr were both featured as Broward County’s “Top Lawyers” for Workers’ Compensation Law. Mr. Rosen and Mr. Ohr deeply appreciate this recognition, as well as the esteem of their local colleagues.

Mr. Rosen has been practicing law in Florida for nearly 50 years. He received his Juris Doctorate from the University of Miami School of Law. After graduating, he worked in private practice with his brother, Harry Rosen, while serving six years in the United States Army Reserve’s Judge Advocate General Corp. Afterward, Mr. Rosen worked as a prosecutor and then as a municipal judge before turning his attention once again to private practice. He now focuses exclusively on personal injury, workers’ compensation, and medical malpractice law.

Mr. Ohr received his Juris Doctorate from Nova Southeastern University Shepard Broad Law Center. During law school, Mr. Ohr also worked as a law clerk for Mr. Rosen and the law firm. Mr. Ohr graduated from law school with Magna Cum Laude honors. After gaining admission to the Florida Bar, he joined the firm as an associate attorney and soon thereafter was named a partner. Mr. Ohr enjoys zealously advocating for his clients in court and also exhibits true passion for his clients outside of the courtroom. Mr. Ohr also serves on the Board of Directors of the South Broward Bar Association. Mr. Ohr focuses primarily on cases involving workers’ compensation, personal injury, wrongful death, and medical malpractice.

If you were hurt at work and are now struggling to maintain your finances while you recover, contact the workers’ compensation attorneys at Rosen & Ohr, P.A. as soon as possible for a free claim review. We have worked hard for more than 45 years to seek fair compensation for injured workers throughout South Florida. We’re here to help you. 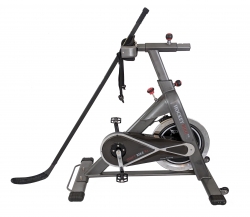