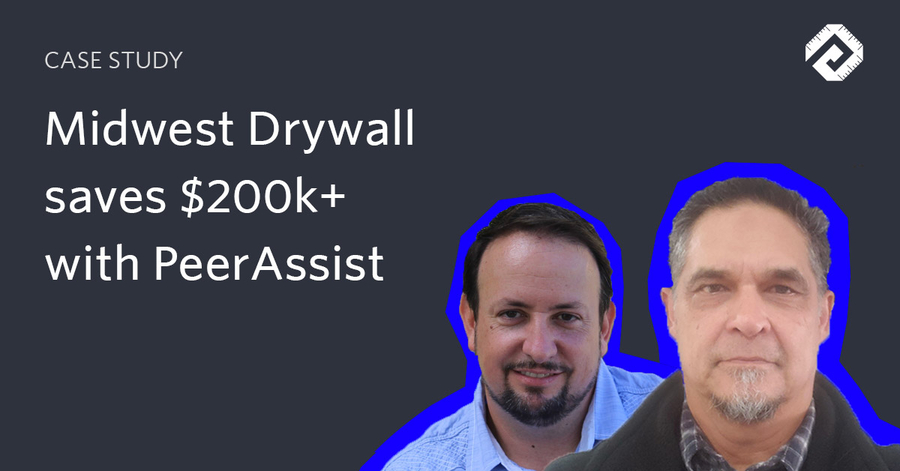 Midwest Drywall shares their experience in using PeerAssist and how the technology helped them save over 4,000 hours of time for their field staff compared to the prior process resulting in nearly a quarter-million dollars in savings annually.

McKinsey Global Institute states that the construction industry is one of the least digitized industries, second only to agriculture and hunting! Although there is a lot of electronic information being shared in construction workflows today, an abundance of information still resides on paper, it is slowly transmitted via cumbersome and manual processes where information is delayed and doing nothing to help accelerate construction workflows or to keep workers as safe as possible. The result is profit leakage and money simply left on the table on every project.

Data is trapped in a silo of a physical document rather than being visualized in ways to help contractors make more timely business decisions. As with any decision in business or life, the earlier we become aware of an issue, the higher the likelihood for a successful outcome in addressing it in a timely manner. However, delays in construction workflow decisions can come with a dramatic cost.

Midwest Drywall is a successful drywall contractor in the midwestern US and sought to improve their processes with PeerAssist’s construction eForms and T&M tracking. After engaging with PeerAssist, their success was astounding with 1+ hour of time saved on each T&M ticket for each request for extra work to be performed. When asked what their process was like before PeerAssist, Marv Vanlingen, Division Manager of Colorado for Midwest Drywall says “It was chaotic.” Mr. Vanlingen also noted that the company lost paperwork, like T&M tickets that never found their way back to the office. Mr. Vanlingen said “In addition to losing paper, we duplicated tickets, did not know what the field was writing up new forms for, couldn’t stay on top of getting approvals before work needed to get priced up, information was getting turned in too late, we were ending up with our GCs getting blindsided saying this was the first they have seen a request, which was for work that we completed per their request and that we really needed to get paid for. Writing off money for work we completed was a problem. The biggest fight internally was the field and office being delayed in getting pricing completed due to delays. We would have Project Managers saying we are going to price it and you can’t do the work until I have priced it and it’s approved. Our field guys are wired to get stuff done and do not want to go back and rework an area of the project. We were leaving a lot of money on the table.”

Jerad Ferrell, Chief Marketing Officer for PeerAssist, says “We’re thrilled to see such positive results with Midwest Drywall and many of our other customers often struggle with systems that are not designed for this exact purpose or that deliver a clunky experience to the field who must use the forms. I’ve never met a contractor who bought software because the software was cool, but rather because it was able to bring tangible benefits to the table. PeerAssist helped Midwest Drywall iron out a lot of their inefficiencies in T&M tracking and working on other areas we can help, and hearing Marv Vanlingen recognize that PeerAssist has helped save them 1+ hours per ticket of time for the field users, considering they do 4,000+ tickets annually, that’s over 4,000 man-hours saved. Considering a fully-burdened rate being applied, this equates to a savings of $200k+ for contractors like Midwest Drywall just for the time savings alone of spending an hour less in the field per ticket.”

Learn more by listening to the case study here.

Started in 1972, now with offices in Kansas, Colorado, Oklahoma, Arkansas, and Texas, Midwest Drywall is one of the top drywall firms in the region for drywall services. Midwest Drywall provides a unique approach to building projects. Prefabrication does not have to be proprietary. In fact, Midwest Drywall prides itself on being one of the few “open source” prefab subcontractors in the industry, providing solutions, not products. Midwest Drywall’s focus on safety is of great importance, and the company now has an EMR rating of 0.68. In 2018, Midwest Drywall became an ESOP because the ownership team valued its relationship with the employees. Their ESOP enhances the commitment and pride we already had for the company. Midwest Drywall truly shares success with its clients and values the relationship between each other and its project partners. www.mwdw.com.

PeerAssist is a leading provider of construction productivity software solutions. Our platforms drive operational efficiency specifically designed for the construction industry – for general contractors and subcontractors. Headquartered in Columbus, Ohio, PeerAssist has offices throughout the US and Bulgaria. Learn more at www.peerassist.com.

A Tribute to The Plaza’s Timeless Past and Limitless Future 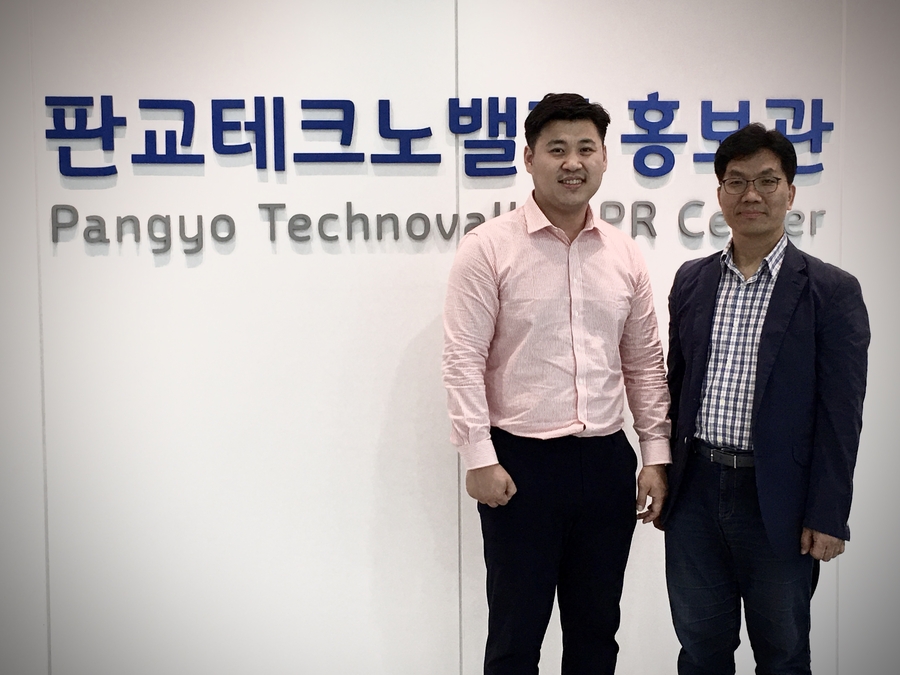