Attorneys Jeb Butler and Morgan Lyndall represented a victim who was subjected to unwanted sexual activity by a pastor who used scripture to justify his actions.

The case, Lequita Jackson v. Lewis Clemons, was tried in the Superior Court of Muscogee County, Georgia before Judge Ron Mullins for three days before the jury reached its verdict on June 9. Attorneys Jeb Butler and Morgan Lyndall of the Butler Law Firm represented Mrs. Jackson.

“We offered to settle the case against Clemons for zero dollars if he would record a video in which he acknowledged his sexual abuse and apologized for it,” Butler said. “He refused. So we took the case to trial.”

Mrs. Jackson and several other victims told the truth about Lewis Clemons’s sexual abuse and rape of themselves and others, Butler said. Their testimony was detailed, impactful, true, and emotional. When called for cross-examination, Clemons testified that the victims were “faking it.”

After the jury returned a verdict for a half million dollars against Clemons, Mrs. Jackson said that she was glad to have her day in court and relieved that the jurors saw through Defendant Lewis Clemons’s false denials.

The evidence showed that Defendant Clemons followed a pattern with the women he preyed upon. As shown on the flip chart that Butler and Lyndall used at trial, Clemons would find a girl from a troubled background, gave them positions in his church so he could spend more one-on-one time with them, made increasingly sexual requests of them, justified his actions with scripture, asked them to “stimulate his nipples,” gave them a “body anointing” in which he had them strip down so that he could rub oil all over their bodies, and if he could establish enough control over the victim, went further to rape and other sexual abuse. Some of Clemons’s victims were under 16 years old.

“Lequita Jackson is a wonderful client and it was an honor to provide her with her day in court,” Butler said. “Lewis Clemons is a liar and a fraud and I hope neither my client nor I have to see him again for as long as he lives.”

“I want to commend my client for having the strength to come forward and speak the truth to 12 members of her community,” Lyndall added. “The verdict sent a message that sexual assault and rape are never okay.”

Because of COVID-related precautions, the use of the courtroom was unusual. The jury sat in the galley, and witnesses testified from the jury box. The Butler Law Firm extends a sincere thank you to Judge Mullins and the Superior Court of Muscogee County for allowing the trial to move forward despite the pandemic, and compliments Judge Mullins, the Superior Court, and its staff for the courtesy and efficiency that they showed throughout the trial.

The trial was not recorded on video. However the deposition of Defendant Lewis Clemons, which was taken two years before trial, is available online in full. In it he was cross-examined about his sexual abuse and rape.

Butler Law Firm focuses exclusively on personal injury and wrongful death cases. The firm’s attorneys believe in delivering top-notch legal work, personalized service, and results that make a difference. You won’t see Butler Law Firm on a billboard, but you will see the firm’s lawyers personally working hard for their clients. The firm has offices in Atlanta, Lawrenceville, Jonesboro, and Roswell. The Atlanta office is located at 10 Lenox Pointe, Atlanta, GA 30324. You can reach Butler Law Firm by calling 678-940-1444 or filling out an online contact form.

BluShark Digital Rated One of the Fastest Growing Companies by Inc 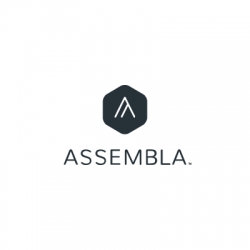