New York, NY, February 23, 2018 –(PR.com)– The new Marvel Studios film “Black Panther” depicts the MCU’s most technologically advanced society, the nation of Wakanda – and to help bring this world to life, Marvel Studios worked with Perception to develop, design and animate the breathtaking technology seen in the film. Twenty months of collaboration started with conceptual consultations and continued through experiments and animated prototypes. By the end of the process, these ideas were implemented into the film, using visual effects techniques from Perception as well as collaborators Trixtor, Framestore, Storm VFX and Method Studios.

Creating technology for Black Panther’s unique homeworld of Wakanda was an exciting challenge for Perception. “Every time we begin this process, we look for the personality of the tech – how does it relate to the personas and characters, and how does it fit into the cultural landscape of the story,” notes Perception Founder Jeremy Lasky. “The country of Wakanda is so unique and vibrant from anything we’ve seen before, and has its own distinct history to pull from when creating a unique timeline of technological evolution.”

One of the cornerstones of Wakanda in general, and also the technology concepts Perception developed, was the Wakandan metal known as vibranium. Perception Chief Creative Director John LePore worked with Marvel on a new technological paradigm: “The idea was to have small shavings of vibranium – like dust or sand that would morph or reassemble into various three-dimensional shapes and forms, all by being actuated by sound waves,” says LePore. Perception’s approach allowed for something unique from the typical future-vision of holograms, while tying into Wakanda’s aesthetic: “The vibranium sand has a great physical quality to it, which works really well with the blend of technology and spirituality seen in Wakanda. We also considered the sense of touch that we’ve lost with touchscreens or holograms to be a holy grail for interaction.” The vibranium sand appears in many forms throughout the film – as a tactical table in the Royal Talon Jet, in a laboratory sequence and as a communications device.

The vibranium sand is seen most prominently in two animated sequences in the film – it is the medium used for the opening “prologue” sequence that tells the history of Wakanda by explaining the origins of vibranium, and also the 2.5 minute end titles sequence. Perception pre-visualized the entire opening sequence (final animation by Storm VFX), and LePore states: “We were thrilled when the filmmakers told us they wanted to use the vibranium sand to open the film and tell the history of Wakanda – an opportunity to fall back on our motion-graphic background and create various visual metaphors and surprising transitions.” Perception also conceptualized and executed the end title sequence, set to Kendrick Lamar & SZA’s single “All the Stars.” “The idea behind the end titles was to bookend the film – at the start we saw the history, and now we are seeing history being made. It’s also a bit looser and fun: bright colors, energetic camera work and exciting imagery.”

Perception’s technology concepts extended beyond the vibranium sand and included early development of how T’Challa’s (Chadwick Boseman) Black Panther suit would materialize around him, as well as transfer and disperse glowing energy. Perception’s touch can also be seen throughout Shuri’s (Letitia Wright) technology-filled laboratory, with unique interface design across panoramic displays.

Lasky states, “It’s been an amazing collaboration with Ryan Coogler, Kevin Feige, Louis D’Esposito, Victoria Alonso, Nate Moore, Geoffrey Baumann, Lisa Beroud, Nancy Valle and Jessica Wilson-Silas bringing these ideas to life, and we’re honored to have had the opportunity to work on a canvas like this that allowed for so many exciting ideas.”

About Perception:
Perception is a team of design visionaries brought together to architect the future of technology for cinema, and the world’s most innovative companies. The two founders, formerly from R/GA, started the company in 2001 to pioneer a new era of motion graphics, becoming one of the first studios to blaze the trail of high end visual effects all created on the desktop. In the last 16+ years, Perception has evolved to break new ground in cinema and cutting-edge user experience design. The Perception team divides their days teleporting between the parallel dimensions of fantasy and reality. Whether working on the next superhero blockbuster or an intelligent and delightful experience for industries of the future, storytelling is at the very foundation of everything we do.

About Marvel Studios’ “Black Panther”
Marvel Studios’ “Black Panther” follows T’Challa who, after the death of his father, the King of Wakanda, returns home to the isolated, technologically advanced African nation to succeed to the throne and take his rightful place as king. But when a powerful old enemy reappears, T’Challa’s mettle as king – and Black Panther – is tested when he is drawn into a formidable conflict that puts the fate of Wakanda and the entire world at risk. Faced with treachery and danger, the young king must rally his allies and release the full power of Black Panther to defeat his foes and secure the safety of his people and their way of life. 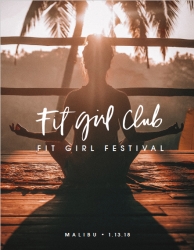 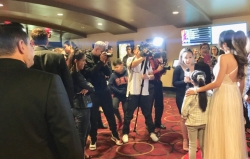 Merger of Award-Winning New England Trade Show, Marketing and Millwork Firms Intends to Help Their Clients Manage Their Brands in the Most Complete Way Possible